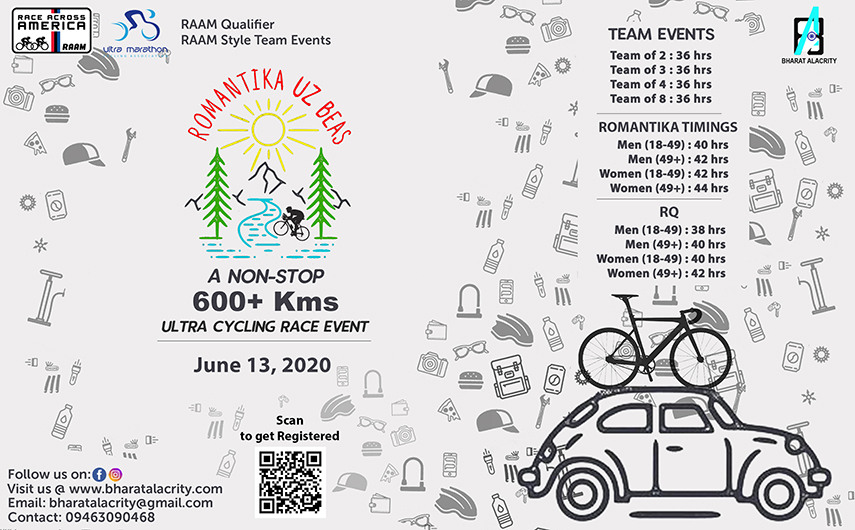 Romantika Uz Beas is an Ultra Cycling Race event of 600+ Km which is a non-stop race. The race starts from Hoshiarpur-The Cycling Heaven, the region known as Land of Saints, in the Doaba region of the Indian state of Punjab.

About the Race – Romantika Uz Beas.

As the name suggests, Race Romantika Uz Beas is romancing alongwith Beas, as through most of the route racers would experience beauty of river Beas going alongwith the route. At some patches, it touches the edges of the road even.

The event will see the racers starting from the Chohal Lake situated in the vicinity of Hoshiarpur, then entering into the Land of Gods Himachal Pradesh, passing through Mubarakapur, Maa Chintpurni, Dhaliara they will reach Dehra Gopipur  that is a town situated in the Kangra district of Himachal Pradesh. Situated at an average elevation of 503 meters, Dehra Gopipur is regarded as one of the most beautiful tourist destinations in the country. There are as number of beautiful locations in and around the region. The scenic surroundings, the flowing Beas River and the Pong Reservoir make this place more appealing among the tourists.

Paragpur, a small town located in Dehra Gopipur has been enlisted as the World Heritage Village in India. The pristine beauty and glorious historical background has earned this place, the tag of being a wonderful destination that showcases the traditional values of the local folks. Dehra Gopipur has wonderful climatic condition throughout the year.

The Race route goes through Nagrota Bagwan towards the most scenic surroundings of tea estates near Palampur.At some points, toy train can also be seen alongwith the race route. After Joginder Nagar while Race proceeds towards Kullu -the turn around point of the Romantika Uz Beas is there which is famous for World renowned Dussehra. Racers would return back through the same route to Hoshairpur.

As this Race is happening in the month of June, when Fahrenheit scale is at its peak, but the interesting part is that Racers would experience mild weather overall except 12p.m. to 3p.m.and nights would be colder.

At this part of year, no one can think of Ultra Race in Indian Weather but route and location is more appropriate and appealing to attempt RQ Romantika Uz Beas.

Being Summer holidays,it can be a complete familiy affair for the support crew, enjoying the route and boosting up the Racer. If attempting in team, it would be a great experience not only to test the metal of the team on the terrain as well as enjoy the route to the fullest. Being one of the most scenic route in the World, even a wild attempt with friends accompanying as support crew would be worth a take.

Romantika Uz Beas  is listed in the qualifiers for the world’s toughest bicycle race- Race Across America, which runs from the west coast to east coast of USA.

What makes the event unique is that it is a non-stop event and gives the riders opportunity to test their abilities with the support of crew and also provides the option to ride as a team. The event holds solo and relay team categories. Solo riders will spend up to 38-40 hours on their bikes, while the team event sees the riders shuffling their roles as part of a relay.

Solo race is RAAM Qualifier and team event is a RAAM style event. Solo racers finishing within cut off time frame for the RAAM QUALIFIER will get RQ finisher medal and will be eligible to ride in the world’s toughest bicycle race-Race Across America.This is the first edition of RAAM Qualifier ‘Romantika Uz Beas’ in Punjab region of North India. Although this is beginning of the Era of Ultra Cycling in North India, this year we are going to intoduce this new event with challenging route along with our third Edition of RAAM Qualifier Shivalik Signature on third of October, 2020 that  will see a comparatively less challenging route in terms of elevation gain.

The Romantika Uz Beas is open to solo racers, tandems, 2-person team, 3-person team, 4-person team and 8-person team. While the solo category is aimed at serious athletes, the team categories are open to cyclists of all abilities.

To qualify for RAAM

You may want to challenge your limits

To experience the ultimate sense of achievement

To see north region like you never have before 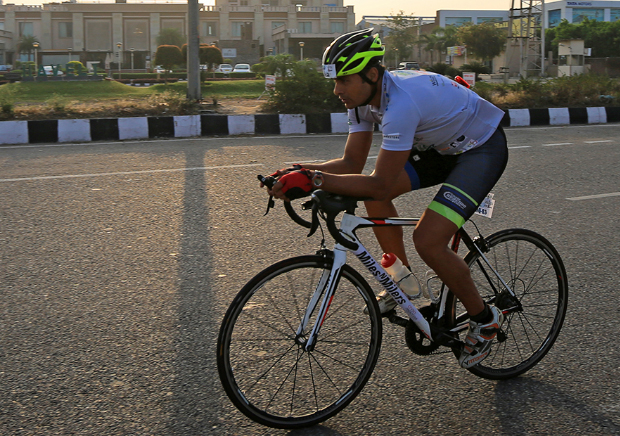 Route of Romantika Uz Beas is very challenging. It starts from Chohal Lake, Hoshiarpur in Punjab and goes though the most challenging and scenic parts of Himachal Pradesh.

There may be some changes in the route depending on the present road conditions or due to some road construction going on. 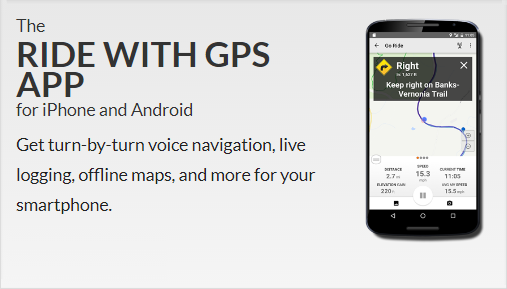 Rules are framed in order to ensure:

Rule book will be provided at the time of registration.

For the complete information regarding the event, please visit www.bharatalacrity.com